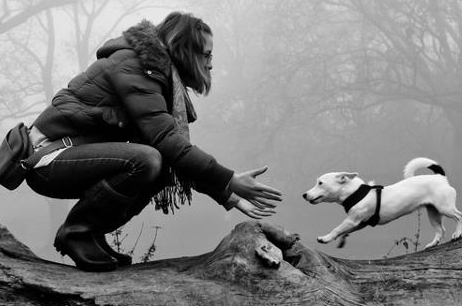 … Hi I am Amy and I own Poppy-n-Pals. I thought it may interest some people to find out how this business came about so it made sense that my first blog post explained the story of Poppy-n-Pals.

This is me and my dog Poppy, she is a Jack Russell Terrier and is just over 2 years old. Before Poppy I grew up with our family dog Bella. Bella was a Staffordshire Bull Terrier who was with us until the grand old age of 16. Bella had a very big influence on my life, she was a very affectionate dog and when we lost her in August 2011 I knew that I needed to help this much misunderstood breed. In September 2011 I got a voluntary job at Battersea Dogs and Cats Home, first as a Kennel Support Assistant and later on as a Dog Walker.  When you realise what life is like for a rescue dog, its very hard to imagine doing anything other than helping dogs for the rest of your life. As soon as a full time paid position came up at the dogs home, I applied and got the job. I worked as a Rehoming and Welfare Assistant until I left in October 2012. Although I have left Battersea I am still involved in rescue,volunteering for various rescues doing transporting, crossposting and fundraising. On leaving my job in rescue I had decided that I would like to try and help prevent dogs going in to rescue because of people being unable to give thier dogs enough time.

Poppy-n-Pals welcomed its first customer in November 2012. Our first customer was the beautiful Tarney Boo, at the time she was around 6 months old, a Staffie Cross (Whippet?). As you can imagine I was very happy that my first dog customer was a rescue Staffie. 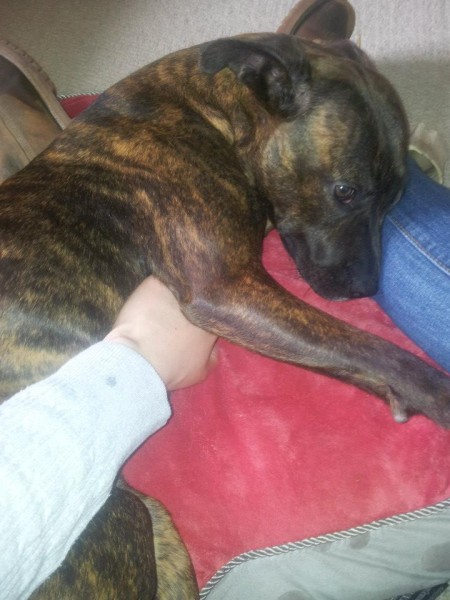 How did I start a business from nothing? Passion, a real love for animals and some good friends and family who have offered a lot of moral support. The first thing I did was speak to a very good friend about setting up a website. You know who you are and thank you very much, the poppy-n-pals website was up and running in a matter of days. I got some business cards and flyers printed up and I headed into the local parks with Poppy in tow. If you are a dog owner you know having a dog is the best conversation starter and so talking to people about my new venture when I had Poppy with me was very easy. I also set up the Poppy-n-Pals Facebook page and Twitter page both of which helped spread the word about my new business. Since then the business is steadily growing, the more the business grows, the more I learn and the more friends the dogs in my care can have.

So what next? I am still trying to build my customer base using social media, flyering and hopefully through word of mouth. At the moment I have a small car, this works fine at the for transporting a few dogs at a time but soon I will be purchasing a bigger car to make the transition from one or two dogs on a walk to three or four. As many people already know Poppy has been recovering from surgery, it has taken a lot longer than we thought it would but we are on the final leg now (no pun intended). This should mean that I will also be able to start doing day care soon. Due to local authority regulations in order to do day care I have to get a licence, as soon as I have gone through this process I will be sure to let you all know. Thank you for your continued support, if you havent already please ‘like’ the Facebook page and ‘follow’ me on Twitter. Keep an eye on this blog for future updates about your pets, the business and all things pet related.