On Wednesday, Wookie a 13 week old Border Terrier puppy had his first Puppy Visit with Poppy-n-Pals. Wookie is a playful little puppy who is very clever and already knows how to ‘Sit’, ‘Lay Down’ and is learning to ‘Give Paw’.

Wookie had a lovely time during his visit, we spent time in the garden to start. Wookie was a very good boy and went straight into the garden to pee, toilet training is going well. After a short play in the garden we went for a little walk to the local park. Wookie wasn’t so confident with walking, it can be a big scary world for small puppies. So with some gentle encouragement and luring with treats (I may have broken a rule and carried him a little bit) we managed to get to the park. In the park Wookie met another puppy, an adult labrador and a adolescent viszla cross. It is safe to say this little puppy absolutely adores other dogs and after being a little submissive, he wants nothing more than to play. So after a play with a puppy we took a slow walk home. On the way back Wookie was a lot happier to walk.

When we got home it was lunchtime, so Wookie ate some food and then went into the garden for another short play, then the little man was ready for sleep. A great Puppy Visit with a wonderful little dog. 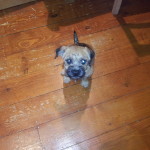 “Hi Amy, you are my new best friend” says Wookie 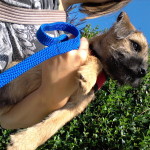 A little bit of carrying 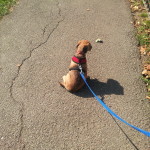 Waiting for someone to play with at the park 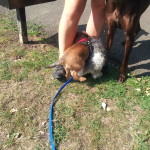 Puppy play, they always end up between your legs 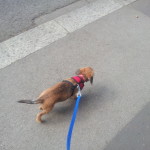 Walking home from the park 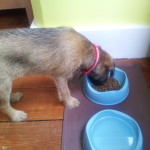 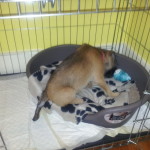